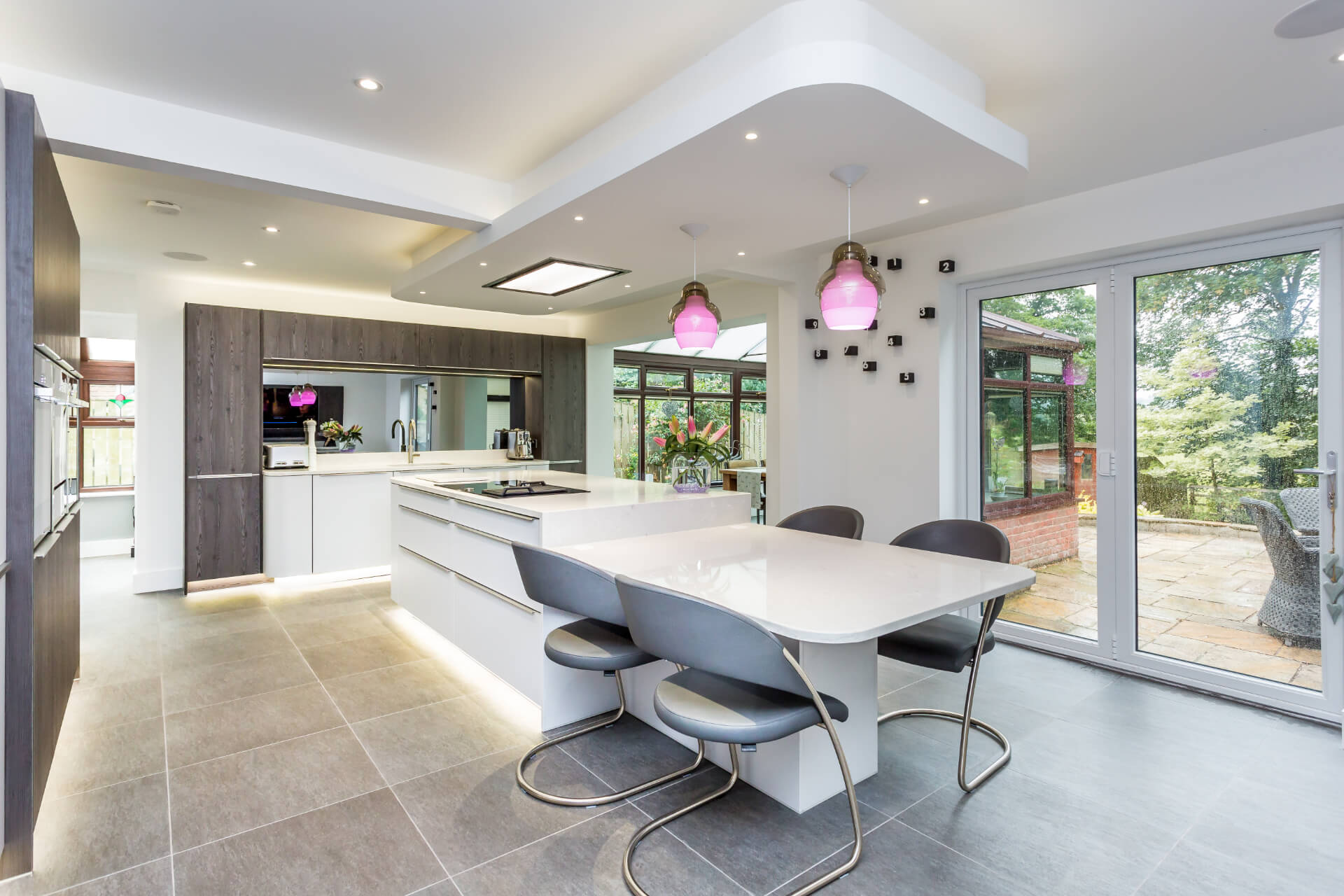 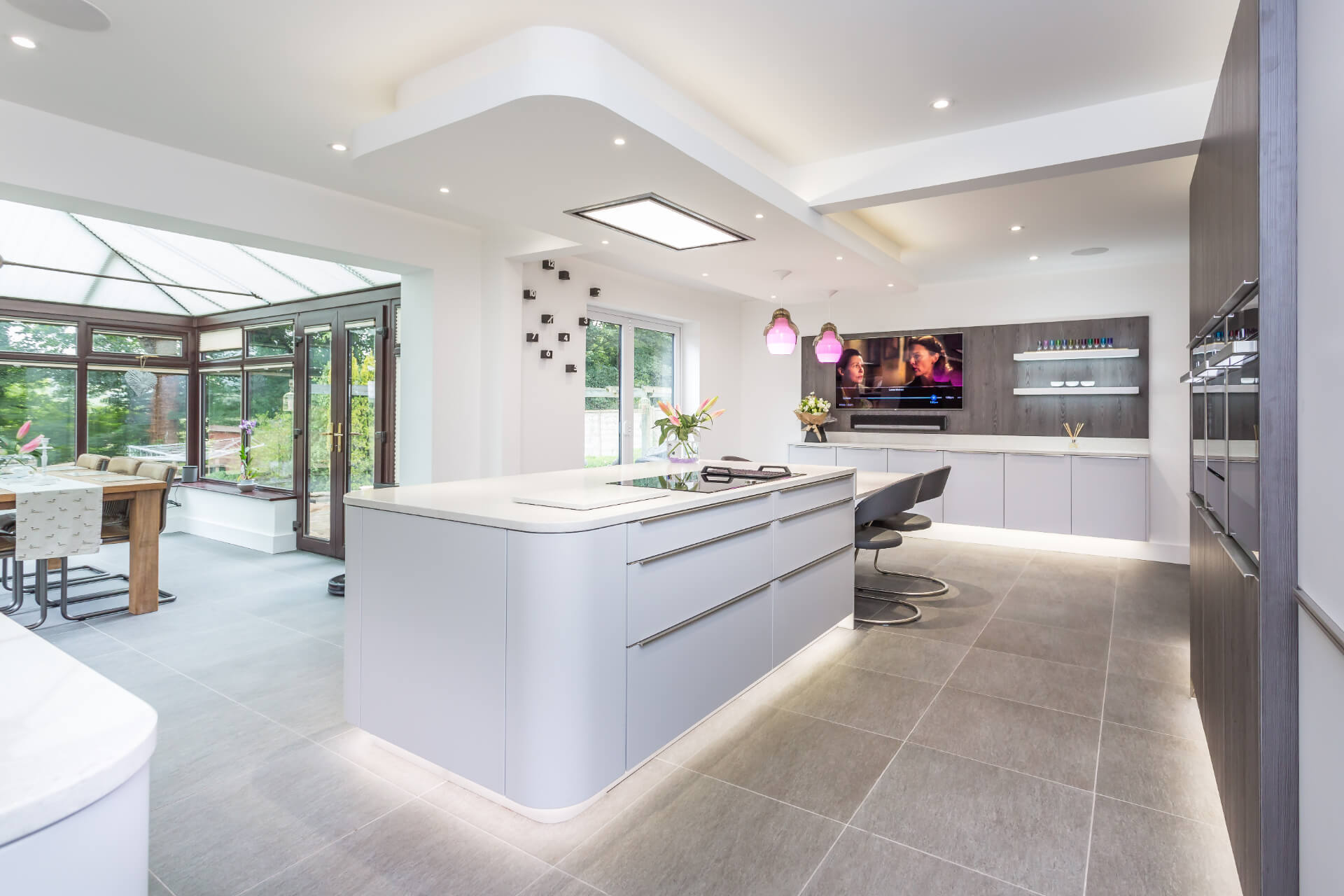 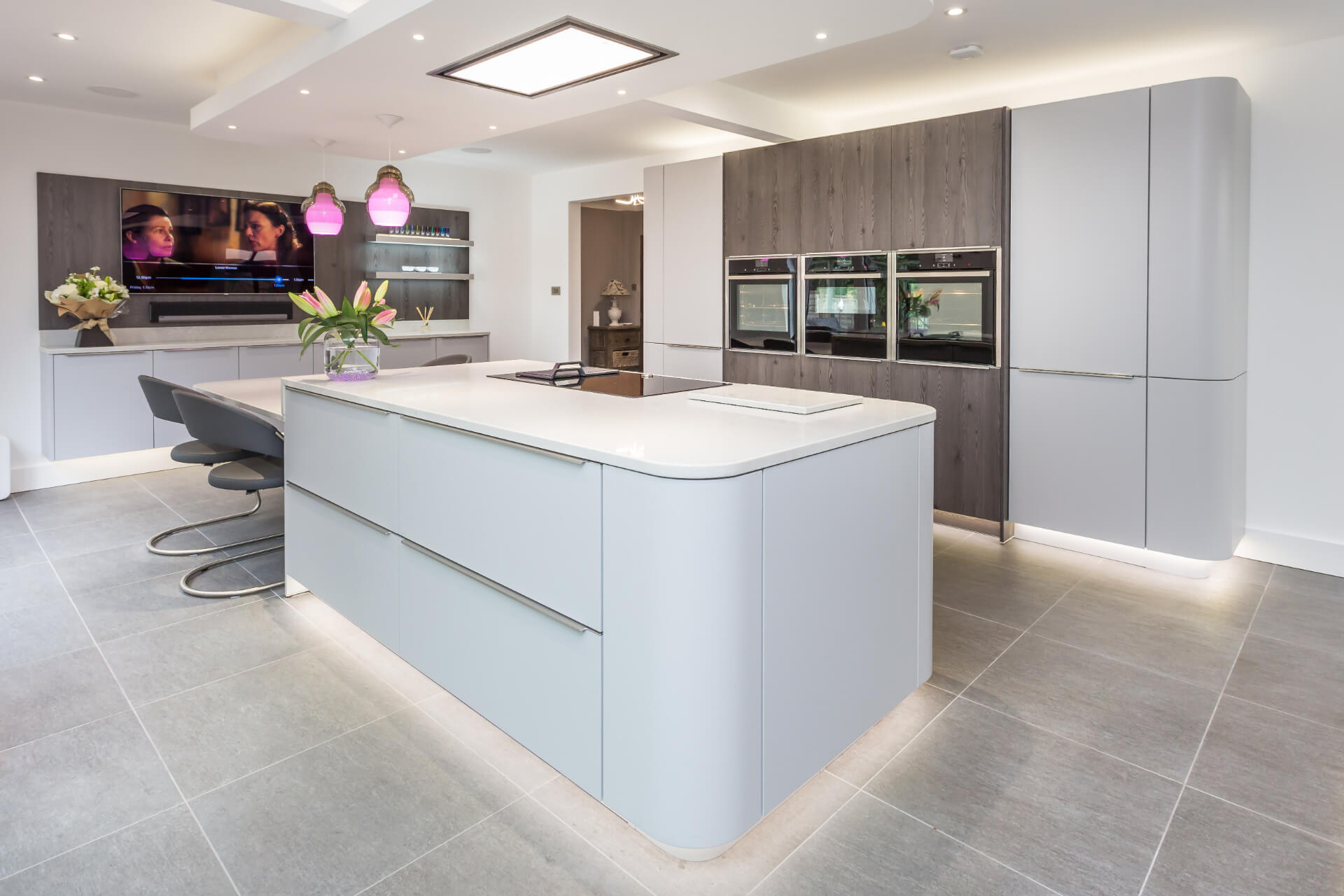 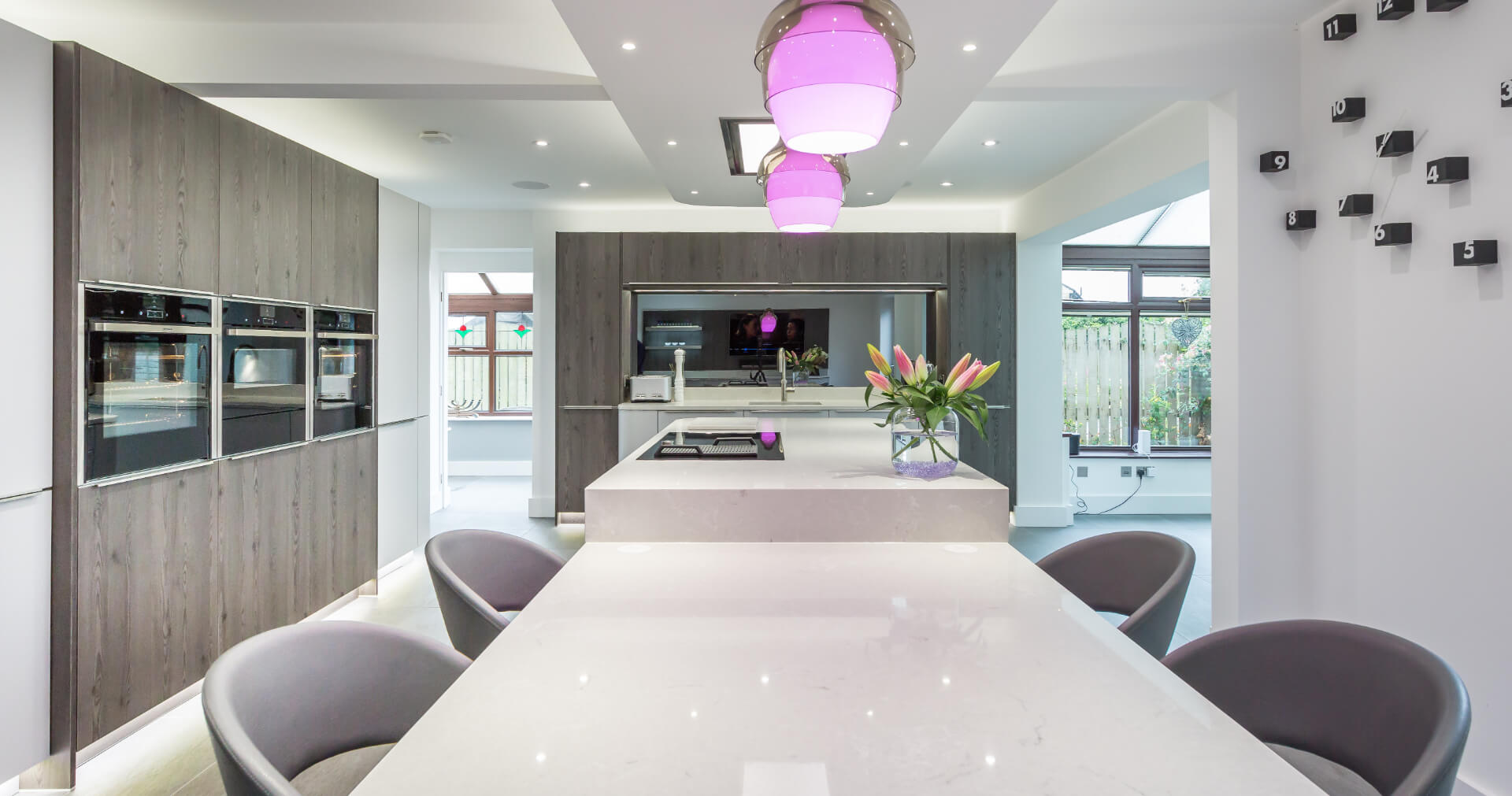 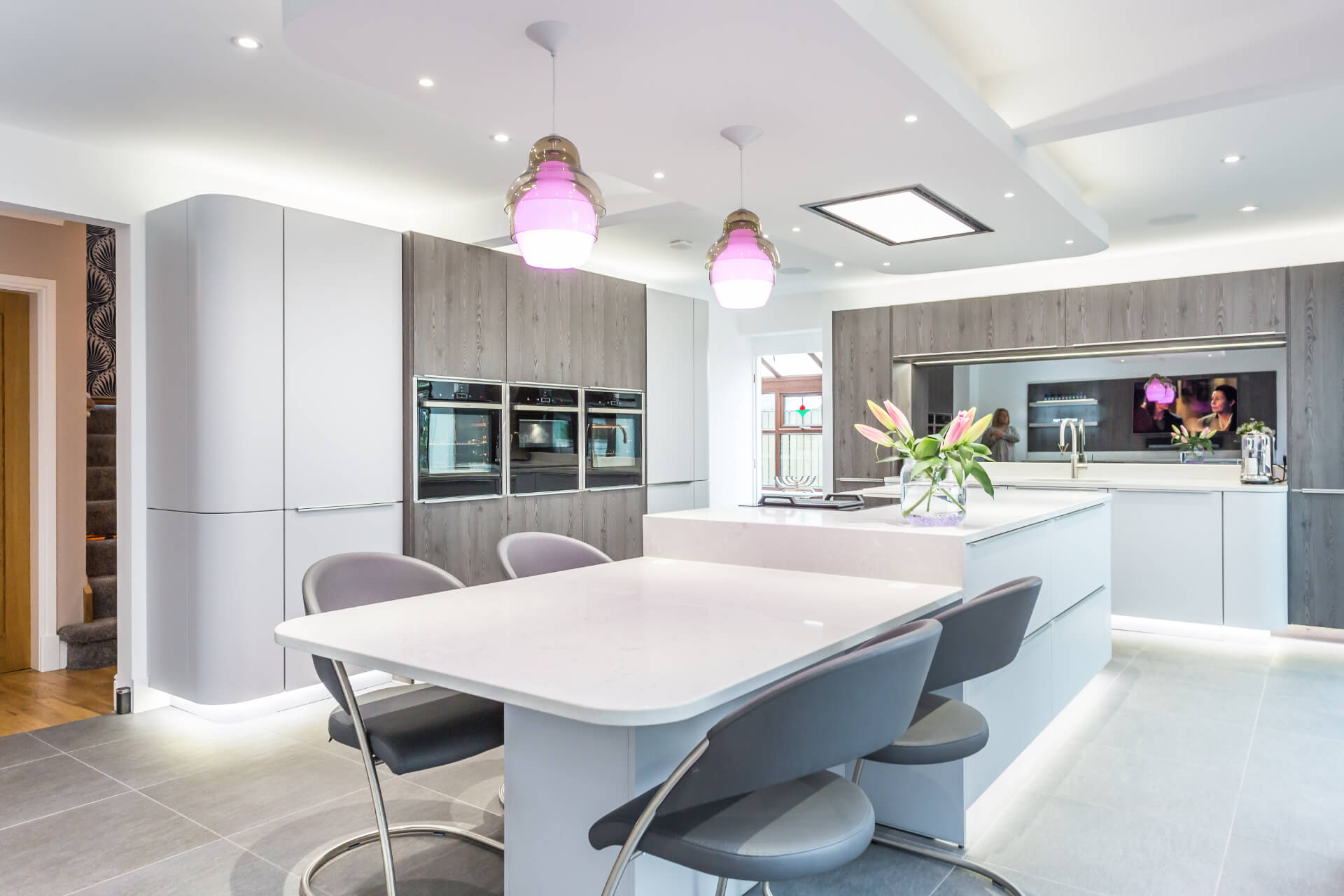 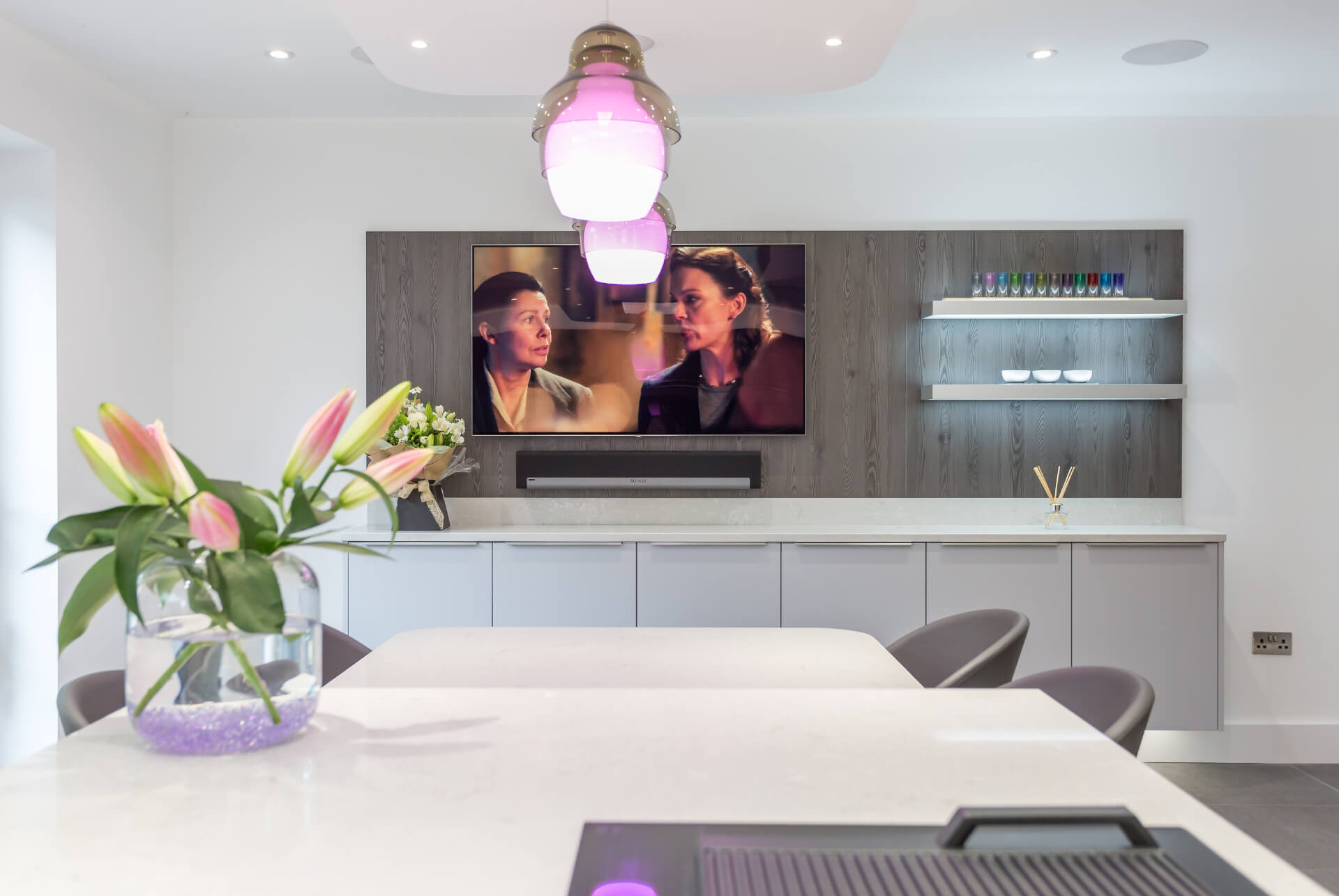 The client wanted to combine three rooms into one – separate kitchen, dining room and conservatory into one large open plan entertaining space that offered flexible zones with seating for both formal and informal dining.

We had to remove load bearing internal walls, open up a window to form patio doors onto the garden and form a new wide opening into the rest of the house to increase the open plan feel of the ground floor. Originally being three individual rooms, the client felt they had lots of wasted space, rarely if ever using the dining room. The garden was only accessible via the conservatory, so the client wanted to be able to have an open plan space with multiple points of access onto the river fronted garden.

The client is a keen cook with young children and loves entertaining friends and family. I always prefer to have a hob on the island rather than a sink. To me a sink is more often than not full of dirty pans while cooking, so I try to keep the sink away from the “entertaining” space. The “theatre” of the induction hob on the island and the sociable location of the hob was perfect for the client. Directly behind the hob were the ovens,  along with larder fridge and larder freezer, so a real cooks working area.

The use of a wood grain adds a little texture and warmth to the kitchen and a touch of bling was added by using a smoked  mirror back panel behind the sink. This also reflects the view of the garden, so really extended the space.

We used curved cabinets throughout the design to soften the look and even mirrored the curved island in the ceiling detail that incorporated the extractor and feature lighting.

Two single ovens, one with Vario Steam for added flexibility, combination microwave oven, warming drawer and Induction hob on the island. The flush ceiling extractor was built into the dropped bulkhead which directly mirrors the shape of the island.